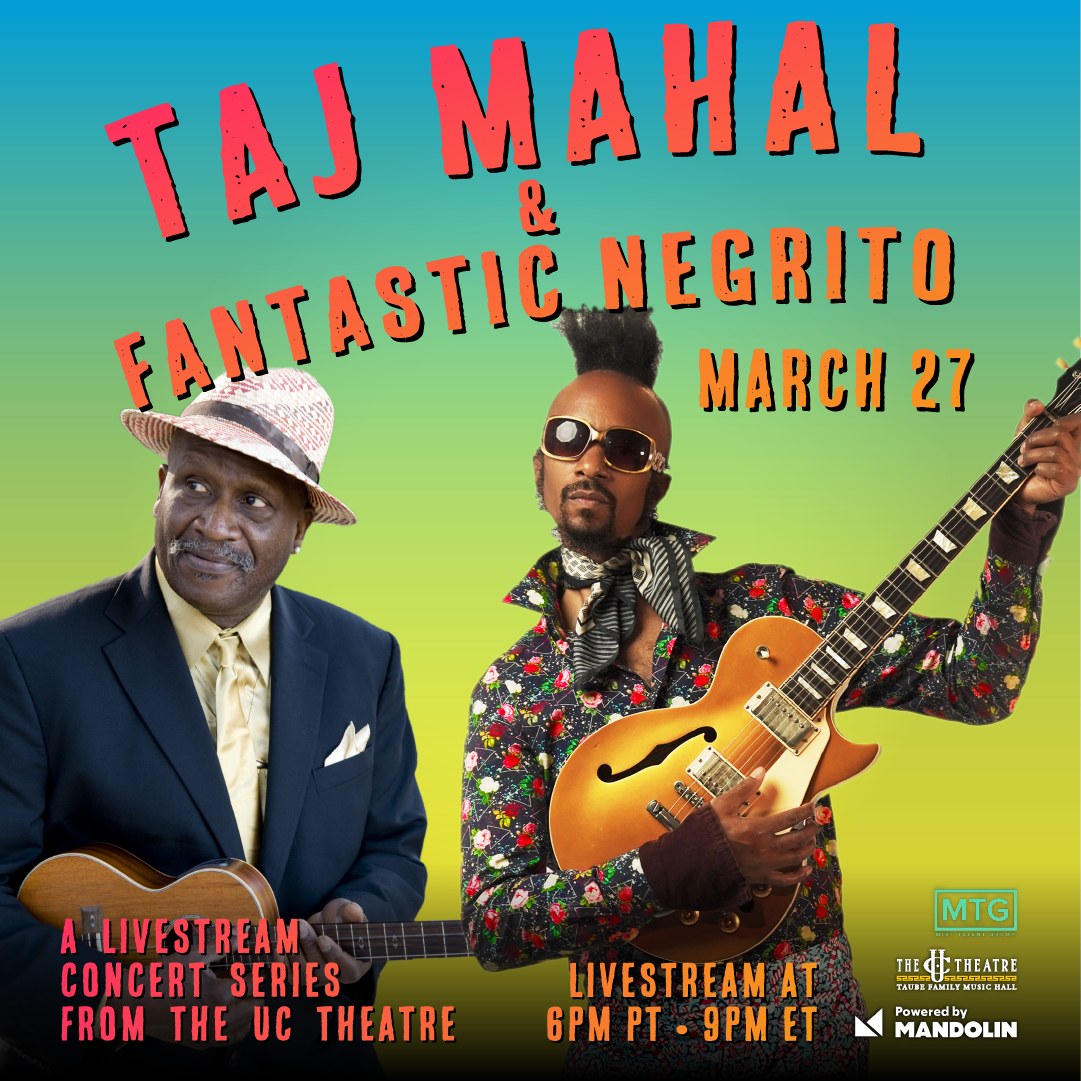 A GRAMMY® award winner and NPR’s inaugural Tiny Desk contest winner, Fantastic Negrito has performed at some of the biggest festivals and stages in the world. He and Taj are mutual fans, SF East Bay neighbors and, more recently, good friends. Both men are self-taught multi-instrumentalists whose timeless music stirs the soul. They have shared bills before but hatched the idea for a duo livestream together on the phone during the pandemic. Utilizing a shared band, expect both separate and collaborative performances on stage.