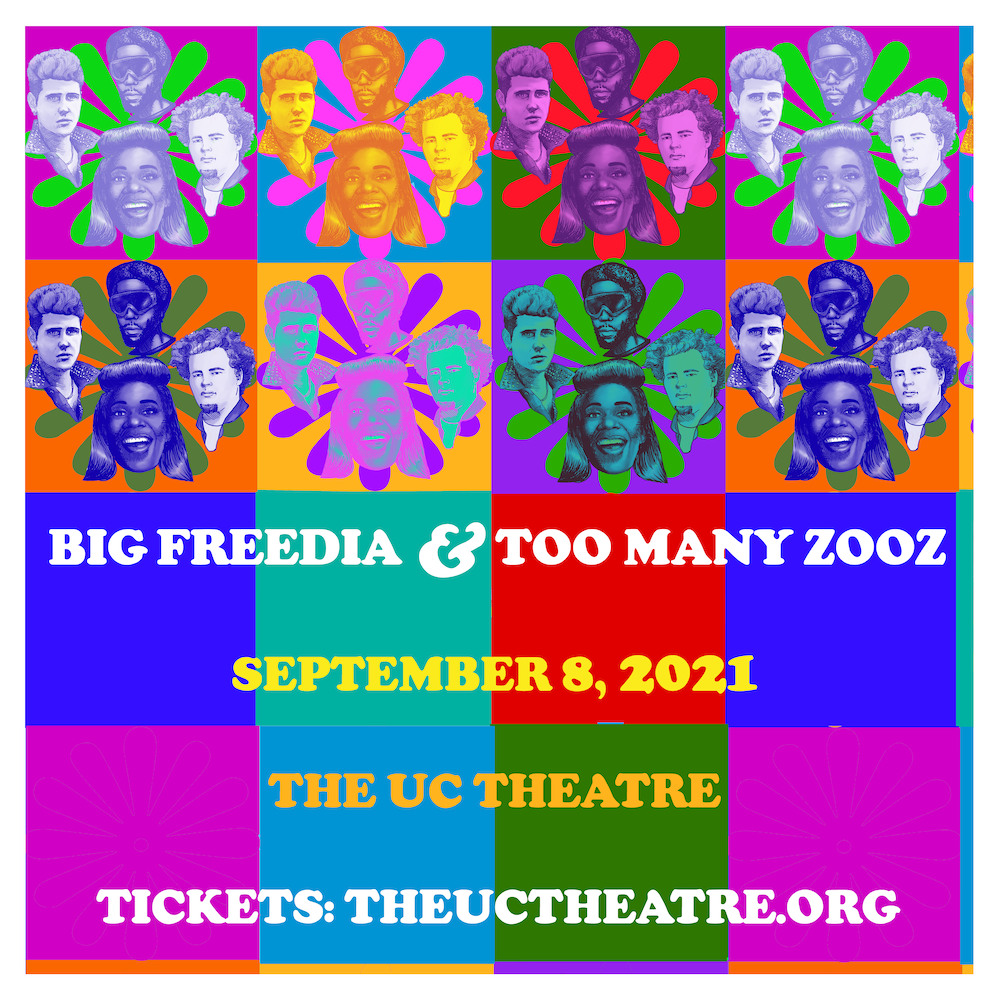 Big Freedia & Too Many Zooz

Use the code, 2MANYFREE to get your presale ticket's on Thursday, 4/22 from 10AM to 10PM, before they go on sale to the public this Friday at 10AM PST!

Known as the Queen of Bounce music, Big Freedia is New Orleans-based hip-hop artist and worldwide ambassador of bounce music. After a series of cult hit singles during the mid 2000’s, she was tapped for a reality show, ​Big Freedia Bounces Back​ on Fuse TV. The docuseries followed the life of a choirboy turned bounce rapper and remains the highest rated original series on the network.

It was only a matter of time until Big Freedia caught the attention of iconic artists including Beyoncé and Drake. She was featured on both Beyoncé’s Grammy-winning single, “Formation” and Drake’s “Nice For What.”

Big Freedia released the critically acclaimed album, ‘3rd Ward Bounce’ (which featured Lizzo among others) on Asylum Records in 2018. In the summer of 2019, the Queen of Bounce debuted her limited run ice cream flavor ‘Big Freedia’s Bouncin’ Beignets’ with the ice cream giant Ben & Jerry’s. She graced the cover of ​Billboard Magazine​, and was invited by​ Vogue Magazine​ to be the official host of the Iive Instagram stream for the Met Gala.

Big Freedia’s latest single “Louder” from her forthcoming project dropped in November. She is also the author of the critically acclaimed memoir, ​Big Freedia: God Save the Queen Diva!​ on Gallery Books/Simon & Schuster.

The NYC born brasshouse trio, Too Many Zooz, is based in New York City, consisting of Leo Pellegrino (baritone saxophone), Matt "Doe" Muirhead (trumpet) and David "King of Sludge" Parks.