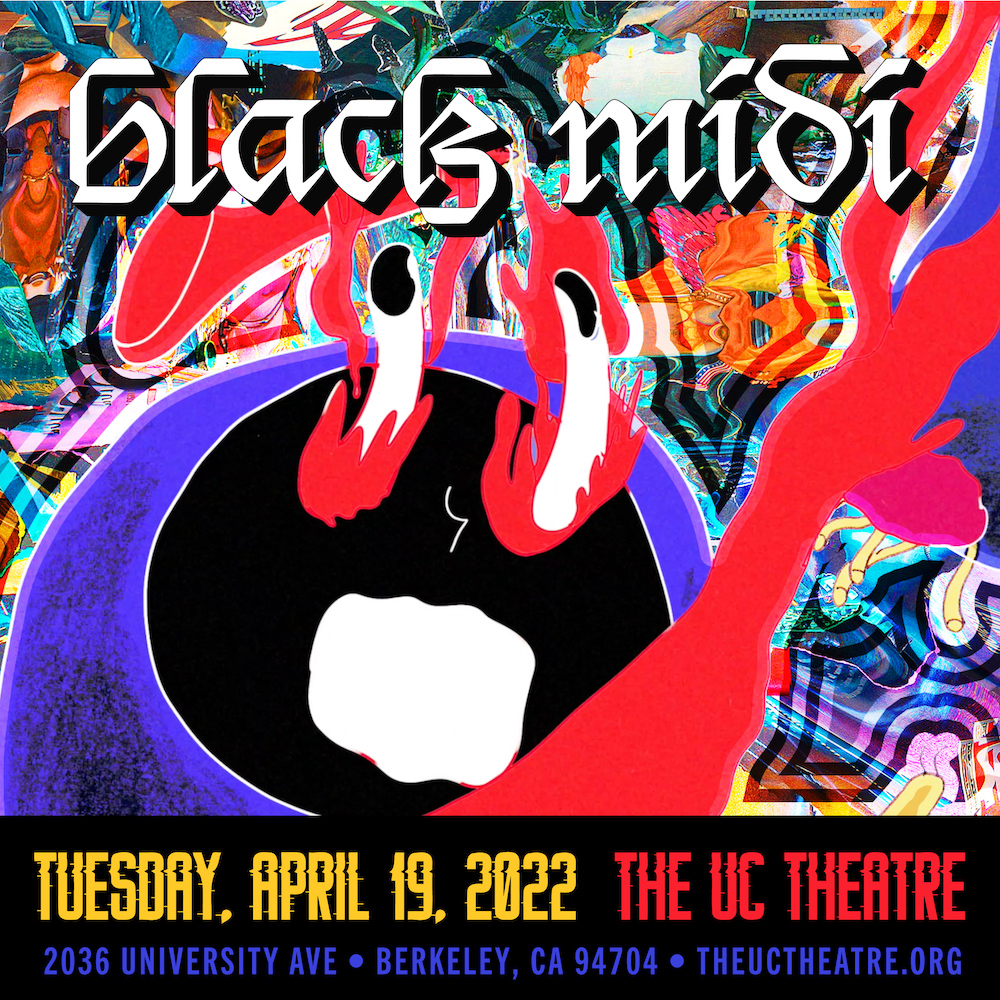 No second album syndrome and no sophomore slump for Britain’s most exciting and
challenging young rock band. black midi’s follow up to Schlagenheim is a dynamic, hellacious,
inventive success. Cavalcade, their second studio album for Rough Trade, scales beautiful new
heights, reaching ever upwards from an already lofty base of early achievements.

The meaning of the word cavalcade is a procession of people, such as a royal parade, and
black midi picture their new album as a line of larger than life figures – from a cult leader fallen
on hard times and an ancient corpse found in a diamond mine to legendary cabaret singer
Marlene Dietrich – strolling seductively past them. The album art – again, another intricate
collage created by David Rudnick – brings this idea colourfully to life, drawing the listener
inexorably into this mysterious world, reinforcing the idea that Cavalcade is a glorious collection
of stories just waiting to be dived into.